Kate Beckinsale Gives the Suiting Trend a Sparkly Boost With a Sequin Blazer, Shorts & Platform Heels at the Jolt Premiere 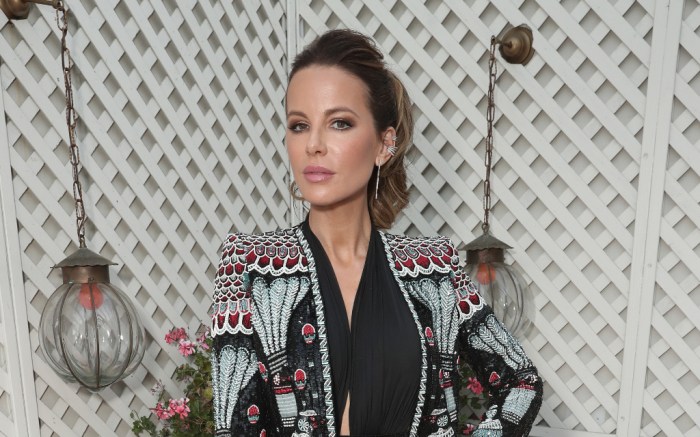 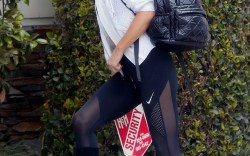 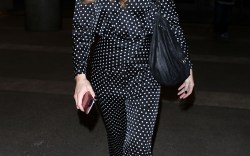 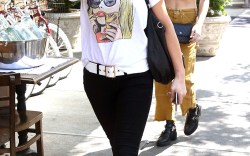 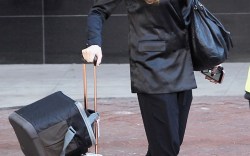 The Heart and Sole of the Footwear Industry

Kate Beckinsale just brought one of 2021’s biggest trends to the red carpet.

Last night, Beckinsale attended the screening of her new movie, “Jolt,” wearing a suit from Zuhair Murad. Beckinsale’s ensemble included a blazer and shorts. Shorts suiting sets, a look made popular in the ’90s thanks to the likes of Julia Roberts and other stars, are having a major moment right now. Suiting in general is also a big styling hack this season as they offer a timeless and classic feel.

Beckinsale, however, gave the trend a sparkly upgrade as her number featured sequins. Both her blazer and shorts were adorned with the glitzy material with a pattern made to look like a cat.

Beckinsale layered the look atop a draping shirt and accessorized with a plethora of rings and bracelets. She also styled her hair in a flirty ponytail.

As for footwear, Beckinsale opted for classic black platform sandals from Jimmy Choo. Named the Pattie, the shoe features a suede construction and sits atop a stiletto heel. The style retails for $795 at Farfetch.com.

Beckinsale wasn’t the only celeb to look to sparkles at the event. Rita Ora also attended the event, opted for a multicolored, sequin adorned jacket that was finalized with velvet paneling. She paired the look with coordinating black high-waisted trousers.

Velvet also had a big moment that night as Laverne Cox, who also stars in the film, posed in pair of black velvet scrunch boots, which she teamed with a white dress and a black blazer.

Jai Courtney, another cast member, hit the premiere in a gray suit. He dressed down the number with a collared polo and a pair of black loafers.

Jolt, an Amazon Studios film, follows a bouncer named Lindy (Beckinsale) with anger issues, who is out for revenge after the murder of a friend. The movie premieres on July 23 only on Amazon. If you’re not already a member, viewers can try out the streaming platform What Does an Olympics With No Spectators Mean for Nike, Asics & Other Sponsors.

Joules delivers vibrant prints and reliable product to encourage everyone to get outdoors 'whatever the weather.'
Learn More

In partnership with Joules

The Best White Sneakers to Style With Dresses This Season

12 Best Hiking Boots for Women, According to Enthusiastic Customer Reviews

Only $24.99 The Future of Retail: Virtual Try-On, Augmented Reality & Mobile Will Be Key Sales Drivers!