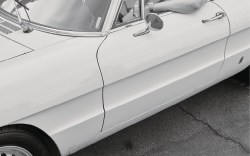 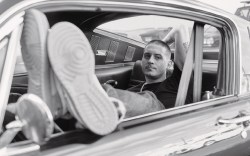 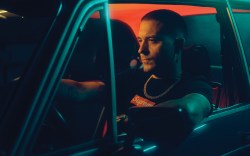 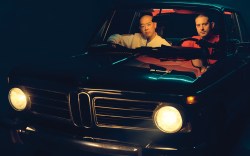 While Jeff Staple’s 50-plus employees are hard at work globally, the founder of the Staple brand and one of the sneaker world’s most in-demand collaborators is running the show from his second home: Los Angeles.

Specifically, Staple — zapatillas de running mujer trail amortiguación minimalista talla 40 — is fielding conference calls from The Motoring Club, a co-working space for car enthusiasts in Marina del Rey. Navigating generations of Porsches and pristine Land Rover Defenders on a regular basis has been a benefit to him both creatively and professionally, he explains.

“I love sneakerhead culture, and while I love it wholeheartedly, I want to be in spaces that are not of the culture,” he says. “It draws in inspiration from outside places that I can then distill into [my work]. And because of who I am and how long I’ve been in the culture, me being in these types of spaces makes people realize, ‘We thought streetwear was T-shirts and kids who wait in line for sneakers, but you’re an entrepreneur.”

And Staple, who is currently turning heads in an eye-catching unreleased New Balance 2002R collab, adds, “It makes them realize this culture is way bigger than most people think it is.”

On this particular mid-July visit to The Motoring Club, Staple — whose other endeavors include Reed Art Department creative agency and Stapleverse, his foray into Web3 and the metaverse — is onsite for an FN cover shoot and conversation with rap superstar G-Eazy (who fittingly pulled up in his stunning black 1965 Ford Mustang).

Though the two men hold sway in different worlds, they have a great deal common. For instance, they are both L.A. transplants — Staple from New Jersey and G-Eazy (whose real name is Gerald Gillum) from Oakland, Calif. — they also have a penchant for collaboration and each has a foot in the door of the metaverse.

So the rap superstar was quick to sign on to help Staple celebrate the 25th anniversary of his brand — and to talk about that iconic shoe and their shared desire to create. Below is the candid discussion between these two creatives, edited for clarity.

G-Eazy: “Getting asked to be part of the Nike Dunk SB ‘City Pack’ in 2005 and to represent New York, what did that feel like at the time?”

Jeff Staple: “I remember where I’m sitting, the weather outside — I remember every moment of this phone call. It was on a landline. ‘Hey, Jeff, it’s Marcus Tayui from Nike. We want to do a Dunk dedicated to the city of New York and wondered if you’d be down to work on that.’ I was like, ‘Can you hold on one second?’ [Screams] I was freaking the f**k out. I was like, ‘Yeah, we could fit this into the schedule.’”

JS: “I put pressure on myself to not do the Statue of Liberty or the New York City skyline. I think Huf did the San Francisco skyline, London did the Thames River, Paris was a piece of art, Japan was pure white. When I presented the idea of a pigeon to [the Nike team in] Beaverton, Ore., they were like, ‘We don’t get it.’”

GE: “Because it’s such a juxtaposition. You associate pigeons with vermin, flying rats.”

JS: “If you don’t live in New York, you don’t immediately understand the connection between pigeons and a New Yorker. I had to explain to them, but kudos to Nike. They were like, ‘We selected you as a collaborator, we trust you.’ Nike could have easily kiboshed it and been like, ‘No dude, not pigeons.’”

GE: “Getting to have this conversation with you is an honor, and it’s refreshing to meet a person I’ve looked up to that still has a level of humility and excitement over these things. You don’t sound jaded. You still carry the joy of that first phone call and getting that opportunity. As a fellow sneakerhead and somebody with so much appreciation for the culture, it’s refreshing to hear enthusiasm all these years later.”

JS: “When I get a pair of fresh sneakers, I still lace up my shoes like I did when I was in the sixth grade. I’m in my mid-40s and I still don’t want that fold or anything.”

GE: “I used to sleep with my shoes next to my bed, so it was the first thing I’d see.”

JS: “You and I are both car fans, and it’s amazing to have this conversation at this automobile mecca of a space, [The Motoring Club].”

GE: “I feel like if you’re somebody with an eye for beautiful design or shapes or colorways, you could apply that sensibility to many different mediums. I’ve been into graphic design since I was 13 or 14 — I used to design my album covers, fliers for my shows. I was into typography and calligraphy. I don’t think the design of automobiles — especially sports cars — is that different from sneaker design.”

GE: “You got your start doing screen printing, right?”

JS: “I went to Parsons School of Design for graphic design.”

JS: “That’s such a lost art. I was taking a silkscreen class, and it taught you how to silkscreen on paper. I’d bring prints home to my s**tty apartment in Bushwick, I’d have a stack of prints and be like, ‘This is lame, no one’s coming to Bushwick to see my s**t.’ I was like, I’m going print on a T-shirt, I’m going to get 50 shirts to my friends and now they’re walking billboards for my art. I started printing on tees and the teacher was like, ‘You can’t print on tees in this class.’ So me and a homie left the window of the silkscreen lab unlocked and we would break in and make T-shirts all night. My first Staple order was a 12-shirt order.”

GE: “That embodies the rebellious nature of streetwear, the counterculture aspect of it, how you had to disrupt the establishment to make space for something new.”

JS: “I was never the most talented, never the richest, but I worked my a** off. I envy people who are maestros. The art of collaboration, whether it’s product or music, makes it so that it’s like, ‘Why doesn’t one plus one equal five?’”

GE: “zapatillas de running trail constitución fuerte ritmo medio talla 37.5 azules. In college, a lot of my friends were music majors. Somebody in the dorms down the hall could play guitar. I couldn’t play guitar, but I could be like, ‘Hey, I’m working on this beat, can you play on this?’ That gave me an appreciation for the collaborative nature of music and expanded my horizons in terms of what was possible. Nobody can experience or see the world the way you have your whole life, so you have something unique to offer — but so do they. If they have something different to bring to the table, that’s a chance to learn more, broaden your horizons and gain a new experience.”

JS: “I love being invited to the corner conference room of a publicly traded, Fortune 100 company and being like, ‘This is the way it’s going to be done.’ I’m not a d**k about it, but I’ve had people on the other side be like, ‘Jeff, we don’t understand this, we don’t get what you’re doing.’ You know what I say? ‘If you understood it, I failed.’”

GE: “There’s a certain enigma to beautiful art that it’s not supposed to be understood by everybody. I’ve fought that battle within my music for years, whether it’s the label or my managers being like, ‘I get that you’re passionate about this, I just don’t get it. Maybe it’s not for me.’ And I’m like, ‘Maybe it’s not, but it’s for me, and for that reason I have to get this out of my soul and give it to the world.’”

GE: “Of course, but I wouldn’t call it a compromise. Collaborative is a good word. What’s the point in having a team if you never listen to them? I believe in dialogue around big decisions, but there has to be a leader, and as the artist, you have to trust your vision.”

JS: “It’s a ridiculous milestone to even think about. It makes no sense to me because to me, it’s like a 10-year-old thing, but I’ve been in it for two-and-a-half decades. It’s pretty crazy. I’m proud, but sometimes I question myself, like, ‘Is it an accomplishment? Or am I crazy for doing the same thing for 25 years?’”

GE: “It’s important to keep your finger on the pulse of what’s going on, and right now, we live in a rapidly evolving world with the NFT space and the way that currency is changing, the way that we authenticate art forms and then share and exchange and trade.”

JS: “You have to try it before you either approve or disapprove. I don’t want to be the guy who’s like, ‘Facebook? F**k that. The internet? Forget that.’ You know what I mean? I started Staple pre-internet. My first business card, I had a landline telephone number, no email on it. Imagine if I was like, ‘No internet, e-commerce is not the wave, social media is not the wave.’ I have to keep adapting.”

GE: “The world is going to change with or without us, and it’s going to continue moving and evolving. It’s about staying in a constant state of wonder, openness and curiosity with a willingness to learn. So what’s left to accomplish?”

JS: “It took me 25 years to get here. A kid graduating high school right now, it should take five. How can I take all the places I’ve messed up, mistakes made and be like, ‘Don’t do this.’ For example, pay your taxes. For example, trademark now. I’ve spent $1 million on protecting my trademark, but if I did it from day one, I would have spent $10. Hindsight is 20/20, but I can
tell a kid that now and they can get things done way faster.”

GE: “It’s about sharing the game and passing it on. That’s the perfect response from an OG —that’s what you dream of hearing from the people you look up to. That’s the way [rapper] E-40 talks to us. That, in a nutshell, is human evolution. It’s growing generationally. So what does the next 25 years look like?”

GE: “That’s a much healthier way to live. That’s what my mom would always tell me. She’d say, ‘One step at a time and never look at the summit.’”

Listen to the Copperbridgemedia News playlist on Spotify featuring music from, and inspired by, G-Eazy below.

Write down your intention for running