×
this year, the brand knew now was the time to tackle a critical issue mental health

Why Mental Health Is at the Center of Pride Month Initiatives by Ugg, Converse and Other Brands 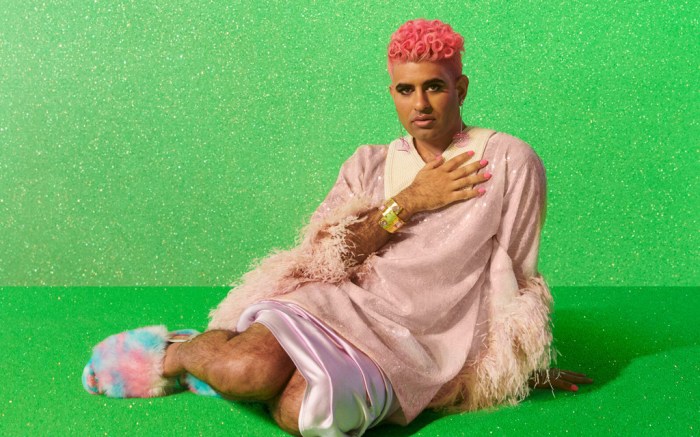 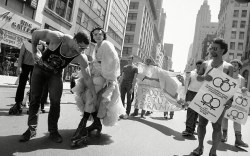 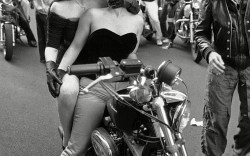 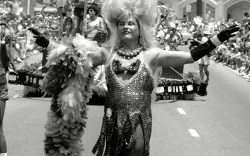 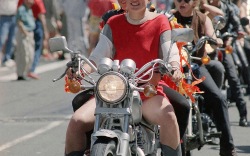 Janelle Monae Celebrates Pride in Edgy Crop Top & Checkerboard Skirt at WeHo Parade and devoting financial resources to the cause this year, the brand knew now was the time to tackle a critical issue — mental health.

According to a 2021 CDC survey, over 37% of high school students reported struggles with mental health during the COVID-19 pandemic — and the issue was more common among individuals identifying as LGBTQIA+.

Ugg and other brands took notice, and they are now raising awareness Pride Month initiative.

In addition to rolling out a new campaign called “Feel Heard,” the Deckers Brands-owned label is partnering with The Trevor Project for the first time and donating $125,000 to the organization — after previously working in 2020 and 2021 with GLAAD, a leading media advocacy organization accelerating LGBTQ acceptance and equality.

“At Ugg, we strive to contribute to a world where everyone feels safe to openly discuss the importance of mental health,” said Nicks Ericsson, Ugg’s senior director of brand purpose. “We wanted [the ‘Feel Heard] campaign] to bridge May being Mental Health Awareness Month and June being Pride Month as they were two crucial moments for the LGBTQIA+ community.”

A recent Trevor Project survey found that 45% of LGBTQIA+-identifying youth seriously considered suicide within the past year. Additionally, nearly one in five identifying as transgender or nonbinary attempted suicide — and all surveyed youths of color had a higher suicide rate than their white peers.

Ericsson noted that diversity and inclusion were essential elements in its Pride outreach. “Every one of every race, religion, ethnicity, sexual orientation and age should feel heard,” he said. “Having a diverse campaign ensures that we are amplifying The Trevor Project’s mission to a broad consumer group, specifically those who need it the most.”

The Trevor Project agreed: “This Pride, we’re doing all we can to support young people who do not have access to accepting communities,” a spokesperson told FN. “Part of that is engaging in intentional collaborations with major companies to get our message out to parents, families and young people across the country to make sure that LGBTQ young people everywhere know that we are always here for them.”

In all, the Ugg campaign features six diverse influencers and advocates, including performer/activist ALOK, models Chloé Véro and Sarina Moralez, artist Isa’ah and collectors Robert and Orren, who all wear Ugg’s colorful collection.

This year, several other brands are also partnering with nonprofits focusing on emotional wellbeing — and also displaying greater diversity in their campaigns.

Toms is donating a third of its annual profits to several organizations, including Colors, which focuses on expanding communities and mental health counseling for LGBTQIA+ people under 25 years old. Its unisex Unity collection will also be available year-round.

Authenticity is critical when creating Pride collections to avoid LGBTQIA+ community appropriation, according to Stewart. “It’s important with any of these cultural moments that brands are supporting those communities all year — and not just for a day, a week or a month. That’s where things aren’t as authentic as they need to be,” he said.

Pride Month initiative Pride collection, conceived by its LGBTQIA+ employee resource group’s own discussions on the importance of community and family. The 2022 initiative focuses on “Found Family” — those who create safe, unified spaces for other LGBTQIA+ individuals.

“Coming out of the pandemic, when mental health issues have been reported to disproportionately impact LGBTQIA+ youth, our teams had been discussing the importance of family and community in helping to lift each other up,” said Ilana Finley, the brand’s VP of global communications and social and community impact. “The idea of ‘chosen family’ has been around for quite some time, but its meaning and significance to the LGBTQIA+ community is critical — both in the journey to finding Pride, but also as a result of the struggles and isolation during the last couple of years.”

The theme of community also permeates Dr. Martens’ 2022 “Generations of Pride” film series, in which director Jess Kohl shows how different groups can educate each other in and outside of LGBTQIA+ circles.

For the occasion, the brand has launched the For Pride 1461 oxford, accented with 11 stripes symbolizing the Progress Pride flag (representing the standard rainbow flag’s six aspects of life and those who are transgender, Black and indigenous). Dr. Martens is also donating $200,000 to The Trevor Project, continuing its partnership for the sixth year in a row.

“The incredible crisis support, education and resources The Trevor Project provides LGBTQ youth is more important than ever,” said Julia Seltzer, Dr. Martens’ VP of marketing for the Americas. “In addition, we will launch a matching donation promotion during the holidays to raise awareness at a time when LGBTQIA+ youth is especially struggling with depression.”

Indeed, partnering with nonprofits and charities is vital for brands to create authentic collections that prioritize storytelling over sales.

One such organization is GLAAD, which is working with Puma, Crocs, Savage x Fenty and other brands this year. John McCourt, GLAAD’s deputy VP of strategic partnerships said that forging genuine relationships with the LGBTQIA+ community extends beyond just who’s in Pride-focused campaigns — it also must encompass the community behind the scenes, from designers to staff.

For instance, Puma’s 2022 Pride collection, “Together Forever” celebrates love, friendship and community through a collection designed by queer artist Carra Sykes. Additionally, the campaign features LGBTQIA+ individuals behind and in front of the camera, including Cara Delevingne, Leave a Comment.

“Pride is not as simple as just being proud, it’s a step you take every day to love yourself, to love your community, to accept others, to lead with love,” Delevingne said in a statement. Puma will donate 20% of the collection’s profits — with a $250,000 minimum — to GLAAD.

From the Archives: LGBTQ Pride Parade Street Style From the ’70s to Today

TOMS discusses its approach to mental health awareness and female empowerment through impact initiatives in the footwear segment.
Learn More

In partnership with TOMS